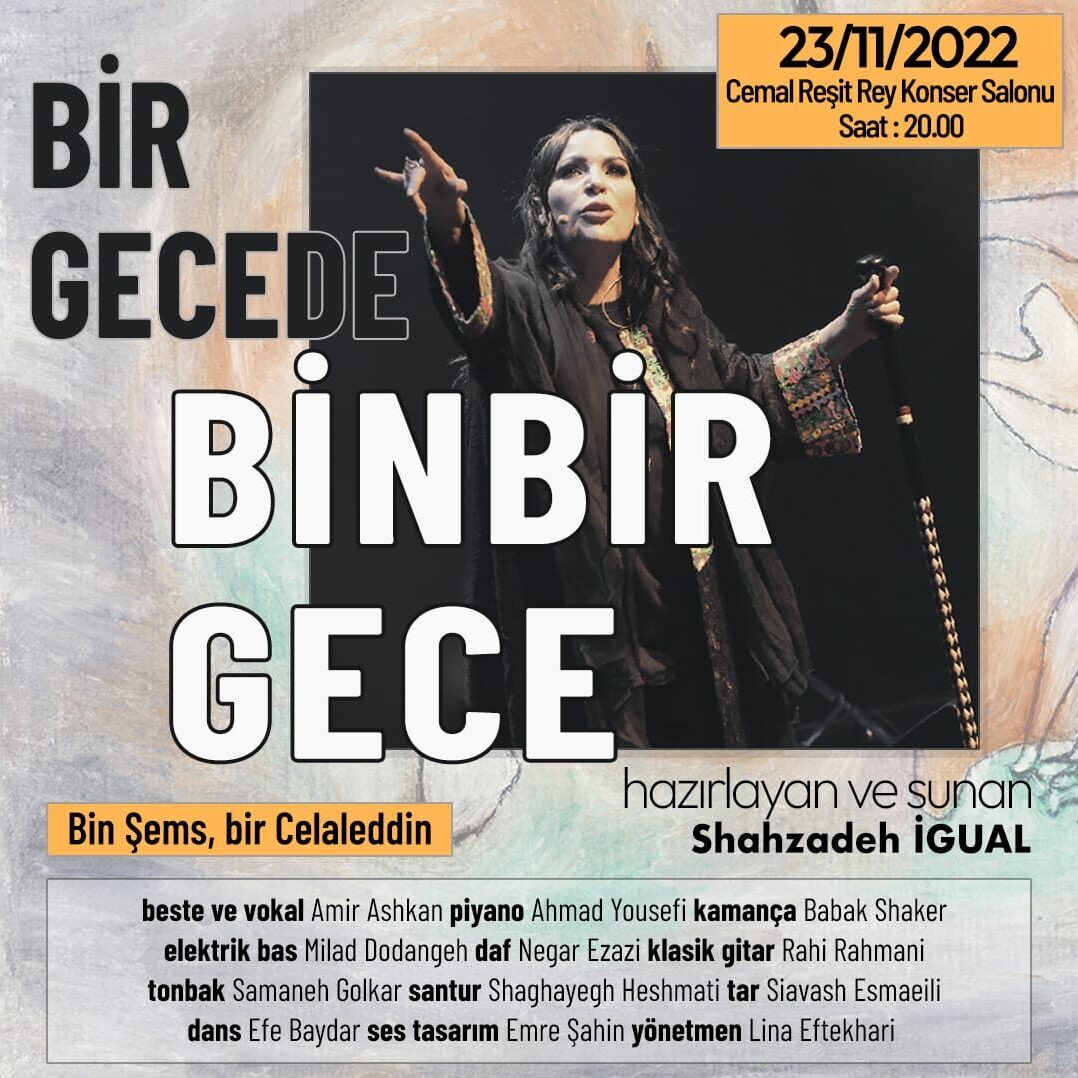 At Imam Khomeini International Airport, a young woman who goes through passport control to wait for boarding the flight to Istanbul, remembers one of her previous arrivals at this airport: that of her last family outing abroad, to Istanbul, after the end of the war between Iran and Iraq. She remembers her conversation with her father who had assured her that everything would be fine, the tears of her mother and her two little sisters, her talks with immigration officials and other “adults” who interviewed her first in Tehran and then in Istanbul. These memories make her reflect on around many others of her childhood: that of the large garden in the shade of the trees of the large jasmine-scented house of her grandparents, of her affectionate grandmother, of her majestic grandfather and their skillful butlers.

Every meeting, every conversation, every coffee, every little detail at the airport then leads her to the destruction of her childhood: to the nights of air raids that she had to spend at the shelter of the basements of beautiful houses, to the unexpected death of her very young grandmother, the disappearance of her beloved friends from primary school…

The novel continues with flashbacks, describing in detail not only the panorama of her childhood in Iran and adolescence in Turkey or her life, but also the context of the Iranian Revolution, the sanctions and the embargo against Iran, the war between Iran and Iraq and the years after the war with a selection of historical documents told by personal testimonies.

The author takes the reader to her Turkish lessons and to her high school in Izmir, to a historic café and to the pastry shop of a Jewish chef in an old district of Tehran, to the banks of the Bosphorus, to the consulate general of the Islamic Republic of Iran in Istanbul and to the corridors of a pulmonology hospital in Tehran, during her transition or transformation from the little girl she once was to a young woman in her thirties …

“Children of war do not know the blue sky …

Their cities aren’t just painted gray as they grow up. The rain does not manage to rinse; the snow does not reach to cover the color of smoke of their cities… “

“… And a gentle giant came into town, to save everyone. That was how all the tales of Tehran ended…”

To buy my books

Before her farewell to Tehran on her way to Paris, a mysterious envelope is entrusted to the young woman, telling her that it contains a letter and a watch. This envelope is to be given to Anahita, who has been living in Paris for a long time. The young woman, who herself has suffered enough from homesickness and nostalgia, knows very well that certain letters are carriers of sadness and regret. She caresses, she smells but of course she does not open the envelope marked “To Anahita”, which was kept for years in the rose scented house. Their meeting with Anahita will be an important turning point for the two women, forcing them to confront the memories that arise from their common past.

One evening, there is a knock on the door of an elderly couple’s mansion when coincidentally, or as usual, their daughter and granddaughter were visiting. The eldest son of the family enters in panic, saying that he has been followed in the street, then cars stop the gate of the house. A group of men without uniforms but with the look of tough agents, get out of the cars and the one who appears to be in charge asks where the young man is and then begins the inquisition and the search. Men make a mess, not only rummaging through rooms, cupboards and drawers or antiques in the house, but also the minds of the family members and their butlers. The reader thus begins to explore the family heritage with doors that do not only to separate, but also to unite those living in close proximity, with young people who have fallen in love with their neighbors in unpredictable conditions, with a history of the Iranian Revolution as well as its repercussions, with the terrible immediate war and the young people it traumatized, especially with the detailed story of the infamous betrayal of the paramilitary Organization of the People’s Mujahedin of Iran to its people …

The novel also draws a parallel with the Turkish society through the echo of the terrible murder of the courageous Turkish journalist Ugur Mumcu, in the inappropriate behavior of a teacher who crosses the line by discriminating against a little immigrant girl in her class at a prestigious school of Izmir.

The author tells the reader her memories in her hotel room, in the historic streets of Montmartre or the Champs-Élysées or her favorite café in Paris, also in the shops of an old Armenian or an elderly Jew in a former residential area of ​​Tehran, without her or Anahita getting up from their chairs in the café where they met. The novel culminates with an unpredictable but definitely unwanted ending.

“I embraced my childhood and she embraced her youth, before the eyes of a foreign city that was about to fall asleep. And then we walked down two different paths. We stopped every few steps to look back, grateful for being among the few survivors. We turned and looked at each other, we looked until we turned around the corner. “

To buy my books 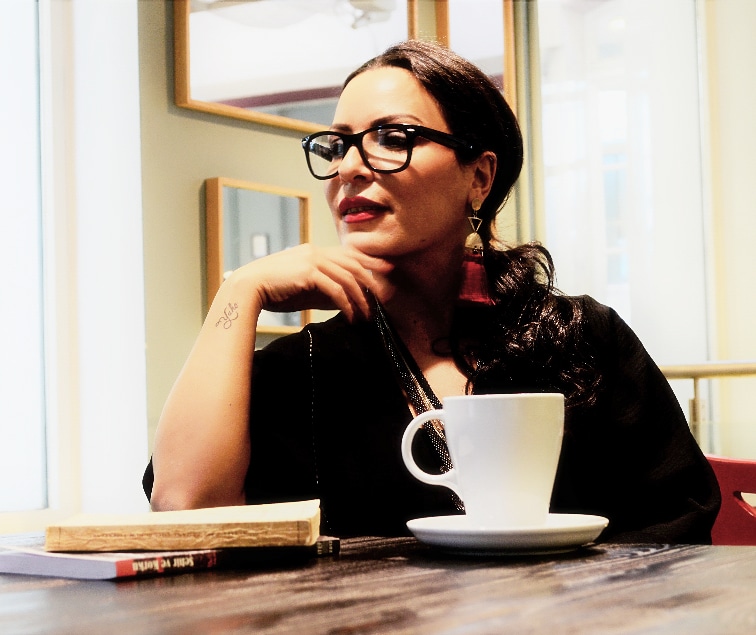 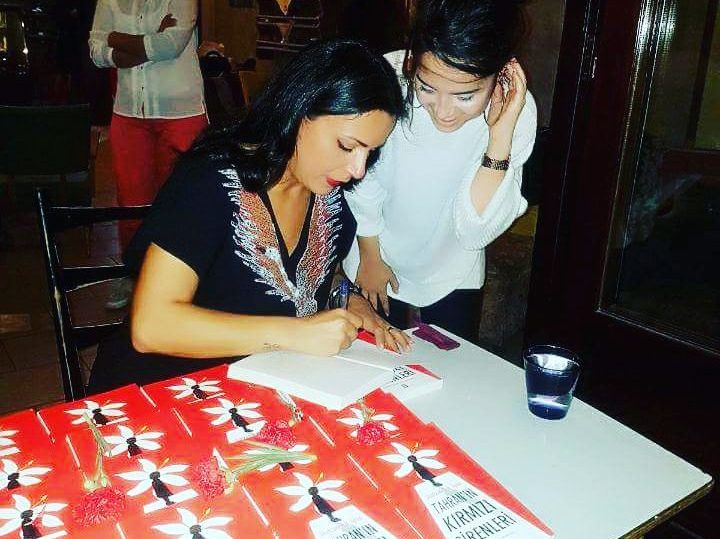 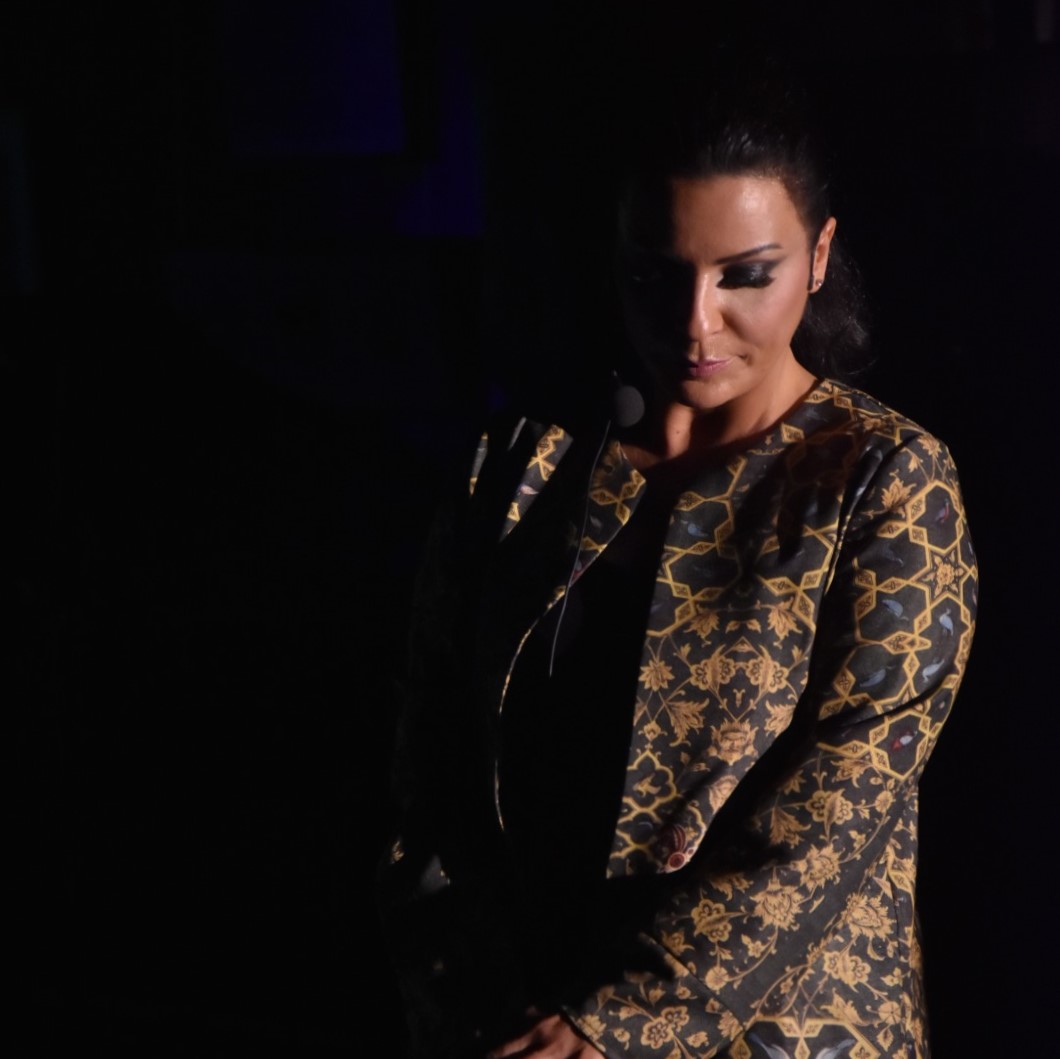